Why Uganda should be your next destination

Uganda, Lonely Planet’s top country for 2012, is a highlights reel of the African landscape. With its dense misty forests, snow-peaked mountains, glassy lakes and sprawling savannas, it’s no wonder Winston Churchill dubbed this the ‘pearl of Africa’. While mountain gorillas are the allure for many visitors, there’s an astounding variety of attractions for tourists.

Having stepped out of the shadows of a deep dark past under Idi Amin and the Lord’s Resistance Army, Uganda is no longer a country to be feared – and widely regarded as one of Africa’s safest destinations. Whether it’s wildlife safaris, trekking volcanoes, white-water rafting or just kicking back on the beach, Uganda has the best of Africa covered. Here  are four unmissable Ugandan experiences – and where to find them: 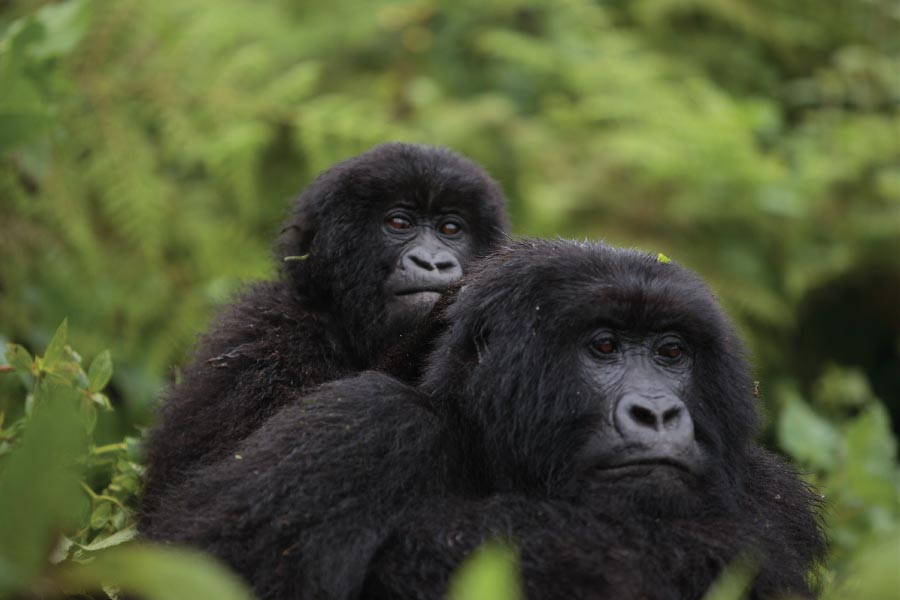 One of the quintessential Uganda experiences is tracking mountain gorillas in Bwindi Impenetrable Forest and nothing quite prepares you for the first glimpse of black fuzz amidst the dense foliage. The adrenaline kicks in when you’re up close to the imposing figure of a silverback and it’s all very Dian Fossey-like when curious babies peek through leaves and twist, turn and somersault for your entertainment. Gorilla permits will set you back a hefty US$500 but don’t think twice about forking out for this genuine once-in-a-lifetime opportunity. Keep in mind that a portion of the fee goes to the park and gorilla conservation initiatives, helping to ensure their survival.

All the animals, minus the crowds

While it lacks the recognition of its big-name neighbours like Serengeti and Kruger Park, Uganda’s national parks boast all the animals, minus the crowds. Murchison Falls is Uganda’s largest park where you can follow up your morning wildlife drive with a cruise on the Nile to the base of the falls – the perfect way to spy elephants, buffalo, crocs and loads of hippos while you relax with a beer on the boat. Head to Queen Elizabeth for a better chance of spotting the elusive leopard or otherwise its trademark tree-climbing lions. Few tourists make it as far north as Kidepo Valley, but those who do are rewarded with not only the best selection of animals, but some of the most spectacular scenery in Uganda. And if you’re hoping to tick off the Big Five, add Ziwa Sanctuary to your itinerary to get up close to white rhino, which you track on foot.

Adventure by the bucketload

Adrenaline junkies can get their fix any way they like in Uganda. The source of the Nile is a magnet for white-water rafting enthusiasts where you can plunge down Grade-5 rapids or otherwise kayak or try the white-knuckle jet boat ride. Those who prefer a different kind of plunge can opt for bungee jumping by Bujagali Falls. Trekkers can test their endurance tackling the Unesco World Heritage-listed Rwenzori Mountains, evocatively described as the ‘mountains of the Moon’ with stunning views of the equatorial mist as your reward at the top. For more treks try Mount Elgon National Park or the dramatic Virunga volcanos where the borders of Uganda, Congo and Rwanda converge.

Scenery to die for

Once the safari addiction wanes and your body needs some r&r from those bone-jarring bus journeys, Uganda has some beautiful spots for resting up. Magical Lake Bunyonyi has intoxicating views where the mist hangs low over terraced hillsides and dugout canoes glide through the still waters. Ssese Islands in the oceanic-sized Lake Victoria is where you’ll find some of the finest white sand beaches and burning sunsets – the kind of place you’ll want to seek out a hammock and bring a good book. Then there’s stunning Sipi Falls in eastern Uganda, which is earning a reputation for its uninhibited views of the crashing falls. Don’t miss the coffee tours, where you’ll be shown the end-to-end process at a local coffee plantation, culminating with a delicious steaming cuppa while watching the sun set over banana plantations.

Know The Best Destinations For Chimpanzee Trekking in Uganda

11 Things To Know About Mountain Gorilla Trekking In Uganda

This site uses Akismet to reduce spam. Learn how your comment data is processed.