The Queen Elizabeth National Park is one of the outstanding treasures of Uganda, and has been designated a Biosphere reserve for humanity under UNESCO auspices.

It borders on both Lake Edward and George as well as Kazinga Channel in the western area of the Great East African Rift valley.

The park covers almost 2,000 square kilometers and include a remarkable variety of ecosystems from semi-deciduous tropical forest to green meadows, savannah crater lakes and swamps. 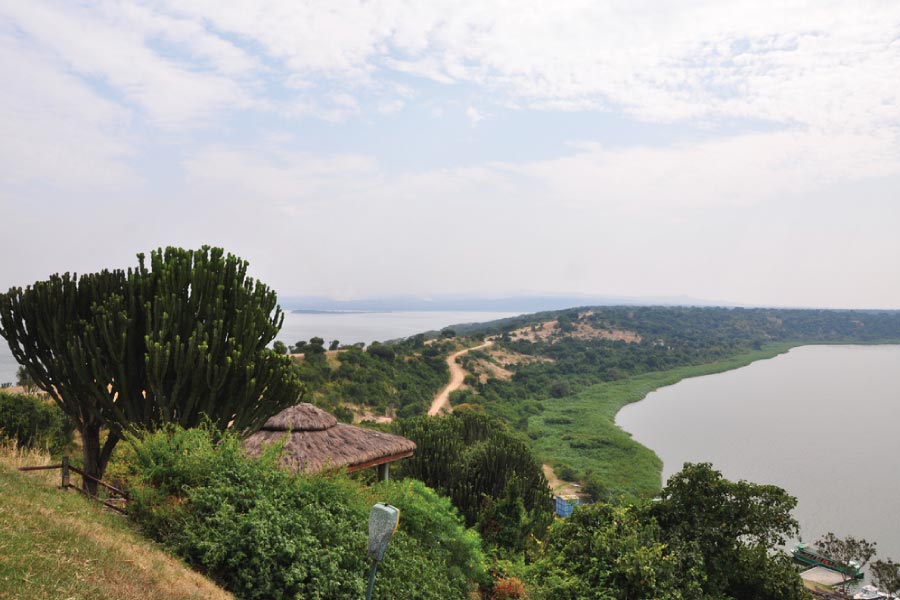 In Queen Elizabeth National park discover a vast array of Ugandan wildlife like elephant, buffalo, hippopotamus, Uganda kob, buck and antelope, as well as baboons and chimpanzees, and the famous tree-climbing lion which is usually found in the Ishasha region.

Over 500 bird species have also been identified here making it a Mecca for bird-watchers. They include the shoebill stork, the Black Bee-eater, 11 different species of kingfisher and several falcons, eagles and other raptors. Many of the crater lakes are home to spectacular flocks of flamingos.

The launch trip along the Kazinga channel between lakes Edward and George is a memorable method of game watching and one of the most rewarding experiences of a visit to the park. 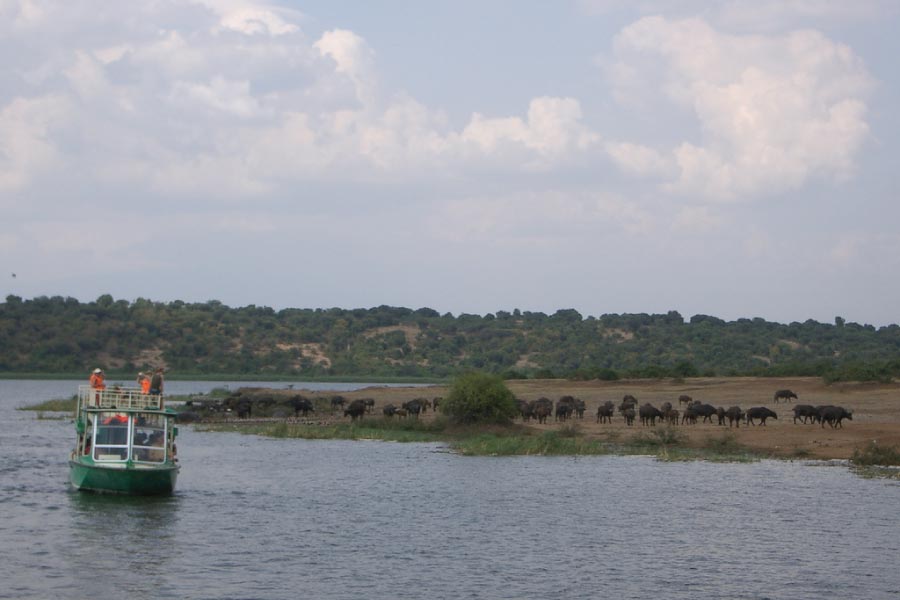 The Queen Elizabeth park is at its best after the rainy seasons –October or November, March and April.
Released from the independence on permanent waterholes the animals wonder over the whole area. Frequent showers have cleansed and freshened the atmosphere. And they are superb views from the hills… just great for photography.

By road: The park is 64km from Kasese, which is linked by a fair-grade tarred road from Kampala (490km) via Mbarara.

Kasese can also reached via mubende and Fort portal. The easiest access gate for the park from Katunguru is the left turn immediately after the total petrol station.

By air: Air charter services are possible to the airstrip near Mweya Safari Lodge or to Kasese airstrip.