Murchison Falls National Park lies at the northern end of the Albertine Rift Valley, where the bulky Bunyoro escarpment merges into the vast plains of Acholi land. One of Uganda’s oldest conservation areas, it was initially gazetted as a game reserve in 1926 to protect the wildlife-filled savanna.

The park is bisected by the Victoria Nile which plunges an incredible 40 meters over the remnant rift valley wall at the dramatic Murchison Falls, the centerpiece of the park. The mighty Falls drains the last of the river’s energy and transforms it into a broad, placid stream that flows quietly across the rift valley floor for to Lake Albert. This stretch of river provides one of Uganda’s most memorable wildlife spectacles. Regular visitors include elephants, giraffes and buffaloes while hippos and Nile crocodiles are permanent residents. 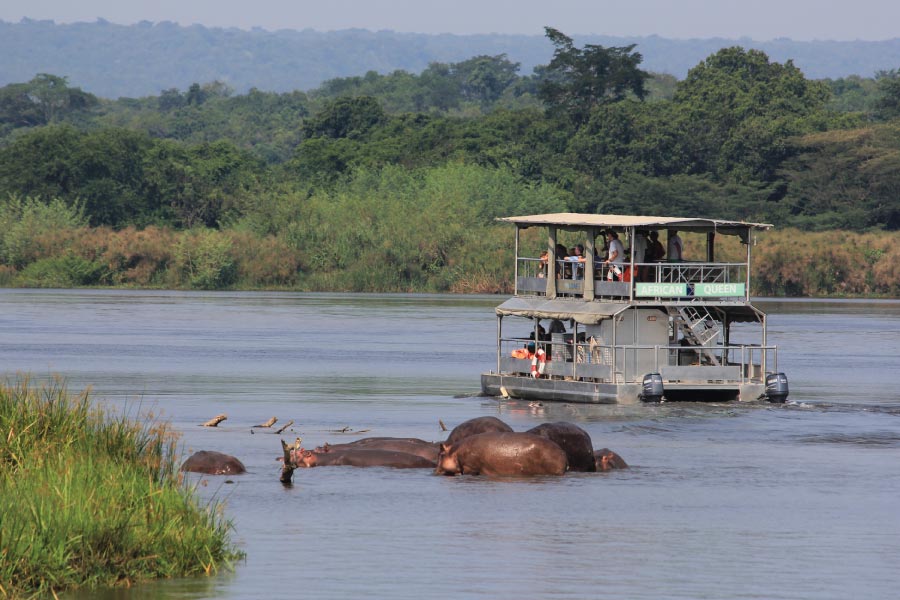 Things to do in Murchison

The Park’s residents include elephants, an incredible number of giraffes, buffaloes, warthogs, lions, hippos, jackals the bizarre-looking hartebeest and bushbucks amongst others. Habituated chimpanzee groups live in the neighboring Budongo Forest Reserve, while Uganda’s only rhinos live at Ziwa Rhino Sanctuary, on the way to the Park from Kampala. 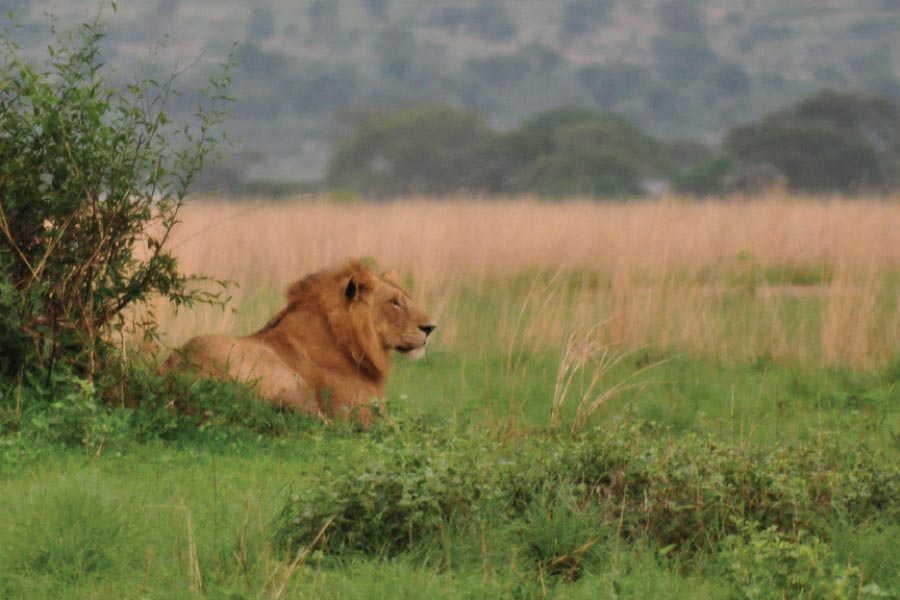 Murchison Falls National Park is home to some of Uganda’s most iconic bird species – including the sought-after shoebill and the grey-crowned crane, the national symbol. Among the other 460 confirmed species in the Park, there are Abyssinian ground hornbills, saddle-billed storks, Goliath herons, weaver birds, African jacanas, and many migrant waders. Nocturnal species include nightjars and spotted eagle owls.

Getting there: By road, the Nile river crossing at Paraa, in the centre of the park, is approximately 5hrs (305km) drive from Kampala, on good roads. The nearest town to the park is Masindi.

Climate: During the day, the temperature is often around 25-32°C, making it one of the hottest regions of Uganda. Nights are cooler, dropping to around 18°C, and there is little rain – though when it arrives it can be torrential!