All these game reserves are home to several families of habituated chimpanzees, and are probably the best places in Uganda to watch these fascinating primates. Kibale forest is also a home for exceptional variety of birds.

Kyambura Gorge and the 156 sq.km Game Resreve lie between the southern shores of Lake George and the boundary of the Queen Elizabeth National Park.

In the reserves are several spectacular crater lakes and swamps which are home to hippo, buffalo and some elephant, and the forested areas are the natural habitat of our chimpanzees.

Occasionally lion and leopard can be spotted as they sleep through the midday sun.

The Kibale Forest National Park is to the north-east of the Queen Elizabeth National Park, close to Fort Portal and Kasese, and includes part of the Mpanga forest. Originally the resreve was home of herds of migrating elephants but they are now seen less and less. 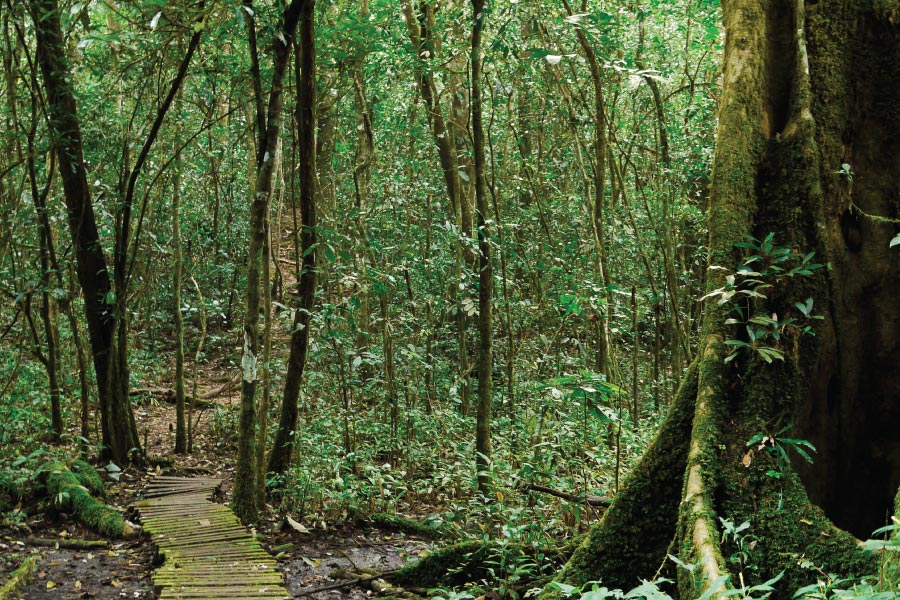 However, 11 species of primates, including many families of chimpanzees and Colobus Monkeys, live in the north of the Reserve and buffalo, warthog and Uganda Kob can be sighted. The grassland in the south of the reserve is also home to various interesting species of birds and insects.

The Budongo Forest lies between Masindi and lake Albert.

The forest is famous for its chimpanzees, and Kyambura Gorge is probably the most accessible place to see these intriguing primates.

Aslo seen in the forest is the unusual Scaly-tailed Flying Squirrel as well as the tree Pangolin and many duiker.

The Bunyoro Rabbit will be seen on many of the roads at night. The birdlife in the forest is extremely prolific and is a delight to all birdwatchers.

By road: The park is 64 km from Kasese, which is linked by a fair-grade tarred road from Kampala (490 km) via Mbarara.

Kasese can also reached via mubende and Fort portal. The easiest access gate for the park from Katunguru is the left turn immediately after the total petrol station.

By air: Air charter services are possible to the airstrip near Mweya Safari Lodge or to Kasese airstrip.