The Mkomazi National Park is a magnificent, 3,500 square kilometre national park in northern Tanzania. Remote and initially inaccessible, it was established in 1951, but never attracted the financial support provided for the better known wildlife strongholds such as the Ngorongoro Conservation Area and the Serengeti National Parks. Only since 1989, when the Tanzanian Government re-examined the reserve’s status and designated it a National Priority Project, has its true significance and importance been recognized. Nowadays it is good accessible. From MamboViewPoint it is only one and a half hour drive to the Kivingo entrance.

The Mkomazi National Park is a spectacular wilderness. Within sight to the northwest is Mount Kilimanjaro, Africa’s highest summit. To the south, the Pare and Usambara Mountains form a dramatic backdrop and, to the north, Kenya’s vast Tsavo National Park shares a border with Mkomazi, making common ground for migratory herds of elephant, oryx and zebra during the wet season. Together with Tsavo, it forms one of the largest and most important protected ecosystems on earth.

Mkomazi is the southern tip of the Sahel zone. It is a classic dry-country reserve of grey-green nyika bush, ancient baobab trees and isolated rocky hills. Elsewhere, the seas of bush give way to open savannah woodlands of umbrella acacias and mbugas – shallow valleys of grassland. 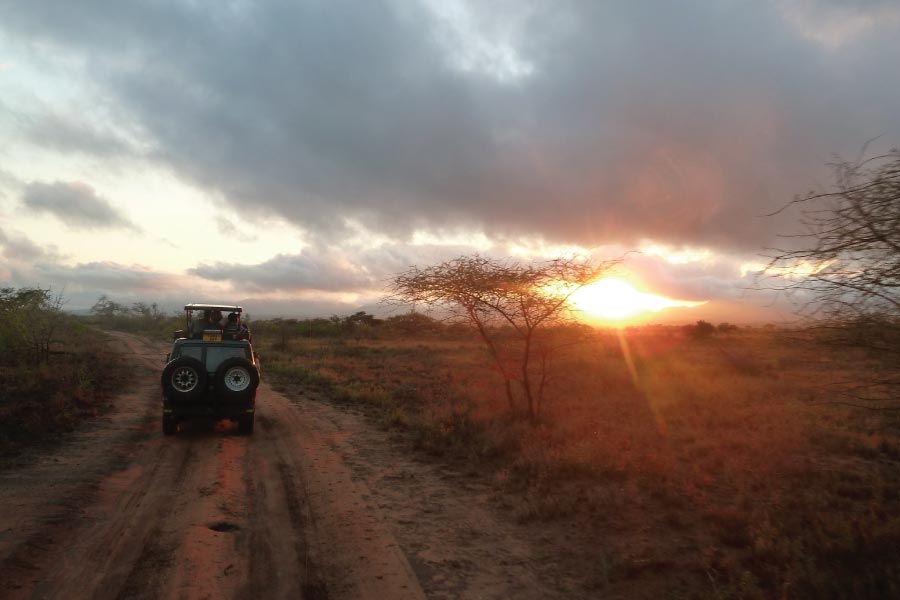 The animals, too, are typical of the arid nyika. Giraffe, oryx, gerenuk, hartebeest, lesser kudu, eland, impala and Grant’s gazelle share the reserve with elephant, buffalo, and numerous predators, including lion, leopard and cheetah. In all, 78 species of mammals have been recorded.

Wildlife in the park is thinly populated and quite skittish. Animals which are regularly seen on a game drive are giraffe, dik-dik, zebra, wildebeest, gazelles, eland and topi.

Black rhinos and wild dogs have been re-introduced, but both are held captive for security. Other wild dog packs sometimes roam the area. The odd looking gerenuk is sometimes found browsing while standing on its hind legs. Lesser kudu is another special antelope that can be found in thicker bush.

Mkomazi is a fantastic destination for birdwatchers. It is listed as an Important Bird Area. It has more than 450 bird species recorded, among them dry-country endemics such as the cobalt-chested vulturine guineafowl, large ground birds such as ostrich, kori bustard, secretary bird, ground hornbill and some migratory species including European roller. Migrants are present from November to April. 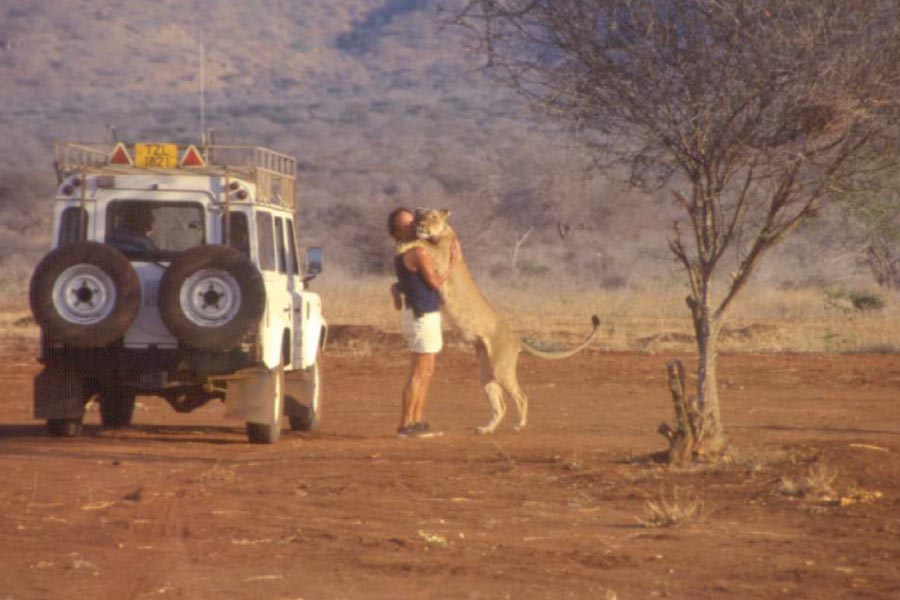 By road, Mkomazi is easily accessible via Same, which lies on the surfaced highway connecting Arusha to Dar es Salaam. The Park is also easily accessible on special arrangement through Njiro, Kivingo and Umba gates. Park can also be easily accessed from nearby/close existing tourist attractions in Eastern Arc Mountains, Coast and Kilimanjaro Mountain. Charter flights are available to Kisima airstrip.

Late June – early September is best for large mammal and bird watching. Scenic beauty is at its peak March – June.

One semi – permanent tented camp near the Park headquarters. Few designated basic campsites where one must bring his/her camping gears and food. There are several small hotels and guest houses in Same town.

Late June to October is the prime time for watching wildlife in Mkomazi National Park. It is the Dry season and at this time animals are more easily seen because vegetation is thinner and wildlife gathers around rivers and water holes.