Jinja Town & The Source of The Nile

Jinja Town & The Source of the Nile

Small Town on the shores of Africa’s largest Lake, Lake Victoria Jinja is not only the source of the mighty River Nile, but also a fascinating and scenic area with excellent facilities for adventure sports. This lively Lakeside Town is also close to some of the largest Forest reserves in Uganda with their fascinating Flora and Fauna. In another words, Jinja is the gateway to the Tropical Ugandan Nature.

The source of the Nile and adventure sports: Attractions of Jinja

The source of the Nile and a lively Lakeside Town on the coast of Lake Victoria, Jinja is known as the adventure Capital of Eastern Africa. This is thanks to the foaming water of the Nile offering excellent possibilities for Rafting in Jinja, or in accordance with Lake Victoria, also for Kayaking in Jinja. The most famous rafting spot in the area, Bujagali Falls is also an awe-inspiring sight introducing you the power of the Nile.

Nature wonders. Another famous attraction near Jinja, Mabira Forest Reserve is one of the largest forest areas in Central Uganda. This popular Ugandan Nature Park hosts grasslands, forested valleys and an astonishing variety of bird and monkey species to be admired, in addition to which there are many suitable trails for trekking near Jinja. Complementing the outdoor sport possibilities of Jinja, there is also a 9-hole course available for golf in Jinja, not to mention the possibilities offered by Lake Victoria for sailing, sports fishing and surfing. 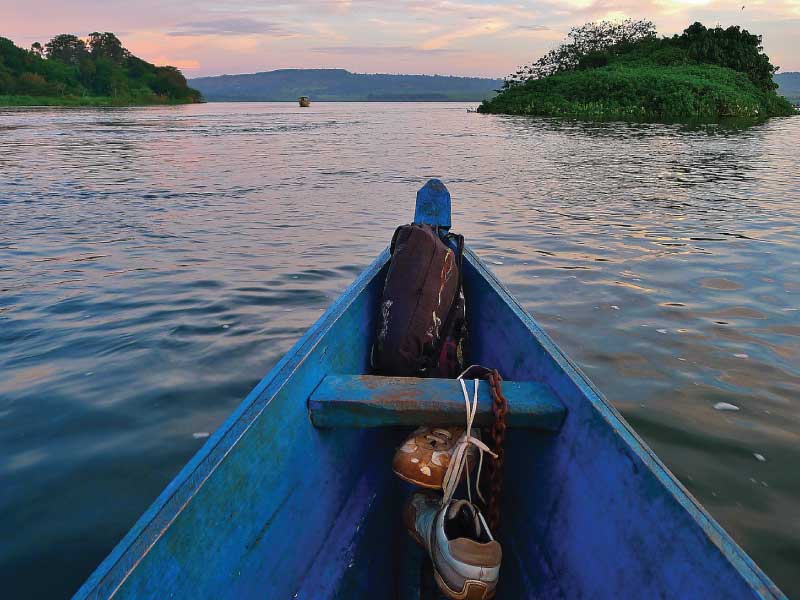 Cultural attractions. Apart from its natural attractions, Jinja offers also fascinating cultural sights such as Satya Narayan Hindu Temple with its bronze statue of Mahatma Gandhi. A less of a religious experience, Jinja also hosts a famous brewery which gives you a taste of local beer that is highly popular in Africa, Nile Special Lager. Possibilities for nightlife in Jinja are quite modest, although some bars and international late-night restaurants are available.

Practical information for your trip to Jinja

Weather in Jinja is tropically warm with monthly high temperatures of 30 degrees Celsius available most of the year. There are two rainy seasons, the first of which is between March and May, and the other between October and November. As these wet periods often meet heavy rainfall, traveling to Jinja is best advisable between December and February or between June and September.

How to get there. Located in Eastern Africa, 85 km North East of Uganda’s Capital Kampala, Jinja is best reached by air. Traveling to Jinja by air is easiest through Entebbe International Airport or through the Kenyan capital Nairobi, Bicycle taxis are the most popular choice for moving around in Jinja, safaris are arranged from Jinja to several Ugandan National Parks, and car rental in Jinja is also available.

Tourism services. Jinja is one of the best equipped destination within the country. Therefore, you can find comfortable hotels in Jinja, as well as variable restaurants in Jinja which offer you international food or Ugandan culinary specialties. Talking of shopping in Jinja, there are some interesting possibilities available. Therefore, especially if you travel from Kampala, which is also considered a quite safe destination, your trip to Jinja will be quite safe. English is commonly spoken in the area.