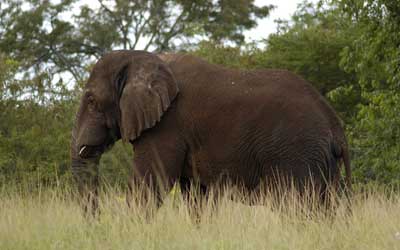 Residing at the East and West Rift valleys of Central East Africa Rwanda is a country rich with a diverse landscape, a wide range of mountains, great oasis, and colorful history. The prime attraction of the country is the Mountain Gorilla trekking however; there is much other wildlife that can be spotted in the national parks and lush green lands of the country.

The only member from Big Five family can be spotted here, that is Leopard. However, they are hard to spot in the national park.

Akagera National Park:  Akagera National Park is a reserve surrounded with savannahs where all the Big Fives of Africa can be spotted. Buffaloes and elephants are the most commonly spotted animals from Big Five family but leopards are hard to spot as well as a good concentration of Lion and black Rhino existing in the park.

Volcanoes National Park:  The mountain gorilla population is unbeatable in this national park. As well as the park hosts dozen of habituated groups for which each day there are 96 permits are issued daily. Apart from the mountain gorillas, the national park includes the golden monkey, elephant, buffalo, giant forest hog, bush pig, bushbuck, and black-fronted duiker.