Udzungwa Mountains National Park is a national park in Tanzania with a size of 1,990 km2 (770 miles2). The habitats contained within the national park include tropical rainforest, mountain forest, miombo woodland, grassland and steppe. There is a vertical height range of 250–2,576 metres (the peak of Lohomero), which incorporates the Udzungwa Mountains part of the Eastern Arc Mountains. There are more than 400 bird species, 2500 plant species (25% of which are endemics) and 6 primate species. It has the second largest biodiversity of a national park in Africa.

Six primate species have been recorded, five of which are endemic. The Iringa red colobus and Sanje crested mangabey are only found in the Udzungwa Mountains National Park, the mangabey species was undetected by biologists prior to 1979.

Tourism in the Udzungwa Mountains national Park revolves around hiking and trekking, as the park has no roads and is accessible only on foot. The hiking trails range in difficulty from the short one-hour Sonjo trek to the extremely challenging 6-day camping trek the Lumemo Trail. The most common walk is the Sanje Waterfalls trail which takes approximately four hours to complete and allows the visitor access to the stunning 170 m waterfall and includes swimming in the waterfall plunge pools as part of the activity. 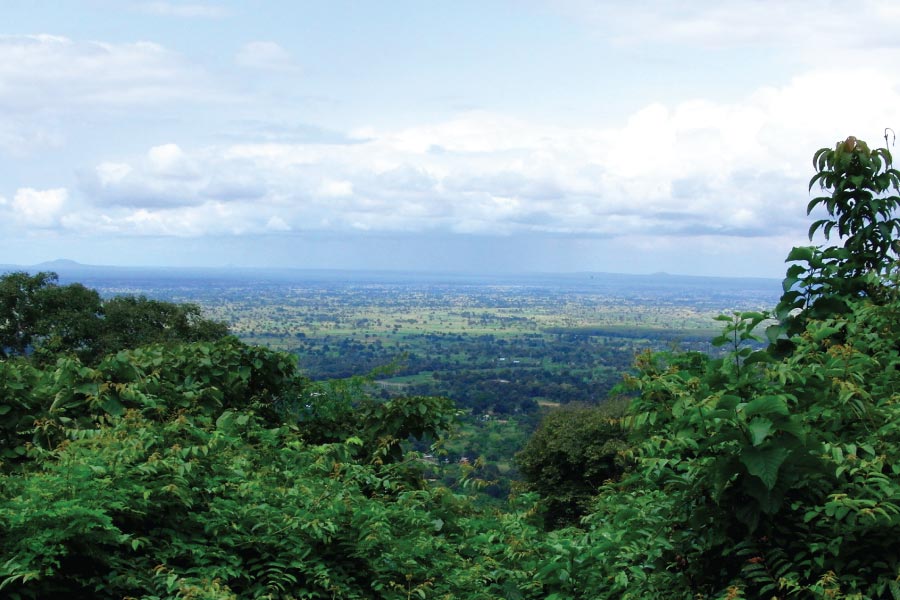 Udzungwa is the largest and with most biodiversity and a chain of a dozen large forest-swathed mountains that rise majestically from the flat coastal scrub of Eastern Tanzania. Known collectively as the Eastern Arc Mountains, this archipelago of isolated massifs has also been dubbed as the African Galapagos for its treasure-trove of endemic plants and animals, most familiarly being the delicate African violet.

Udzungwa alone among the ancient ranges of the Eastern Arc has been accorded the national park status. It is also unique within Tanzania in that its closed-canopy forest spans altitudes of 250 metres (820 feet) to above 2,000 metres (6,560 ft) without interruption.

Although not a conventional game viewing destination, Udzungwa is a magnet for hikers. An excellent network of forest trails includes the popular half-day ramble to Sanje Waterfall, which plunges 170 metres (550 feet) through a misty spray into the forested valley below.

The more challenging two-night Mwanihana Trail leads to the high plateau, with its panoramic views over the surrounding sugar plantations, before ascending to Mwanihana peak, the second-highest point in the range.

Ornithologists are attracted to Udzungwa for an avian wealth embracing more than 400 species, from the lovely and readily-located green-headed oriole to more than a dozen secretive Eastern Arc endemics.

Four bird species are peculiar to Udzungwa, including the Forest partridge, first discovered in 1991 and more closely related to an Asian genus than to any other African fowl.

Undoubtedly, this great Forest has yet to reveal all its treasures: ongoing scientific exploration will surely add to its diverse catalogue of endemics. 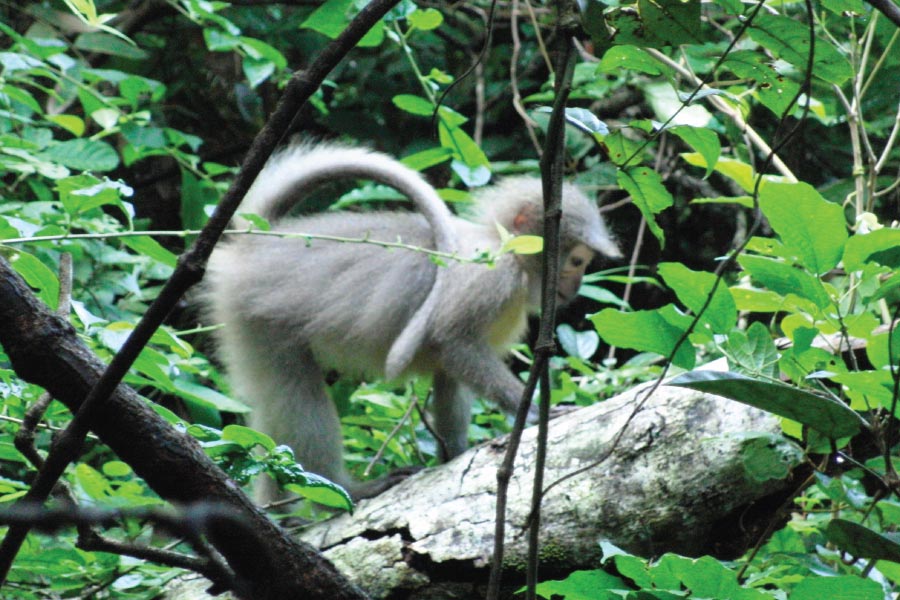 From a two-hour hike to the waterfall as well as Camping Safaris.
Combine with nearby Mikumi or en route to Ruaha.

Possible all year round although slippery during rainy seasons.
The dry season is June-October before the short rains however be prepared for rain anytime.

Accommodation for visitors within the park is only possible on a camping basis as there are no lodges within the park borders. Near to the park gates is the Hondo Hondo Udzungwa Forest Tented Camp, a new ecolodge running on hydropower offering ensuite accommodation for visitors. Within the nearby village of Mang’ula there are also a couple of local guesthouses providing a budget option.