Dar es Salaam, a major city and commercial port on Tanzania’s Indian Ocean coast, grew from a fishing village. The open-air Village Museum has re-created the traditional homes of local and other Tanzanian tribes and hosts tribal dancing. It’s part of the National Museum, which offers Tanzanian history exhibits, including the fossils of human ancestors found by anthropologist Louis Leakey.

It is the capital of the Dar es Salaam Region administrative province and consists of five boroughs or administrative districts: northern Kinondoni, central Ilala, Ubungo, southern Temeke, and Kigamboni. The city is the leading arrival and departure point for most tourists who visit tourism areas in Tanzania like the national parks for safaris and the islands of Zanzibar. The region had a population of 4,364,541 as of the official 2012 census. Although Dar es Salaam lost its status as the nation’s capital to Dodoma in 1974 (not completed until 1996), it remains the focus of the permanent central government bureaucracy. 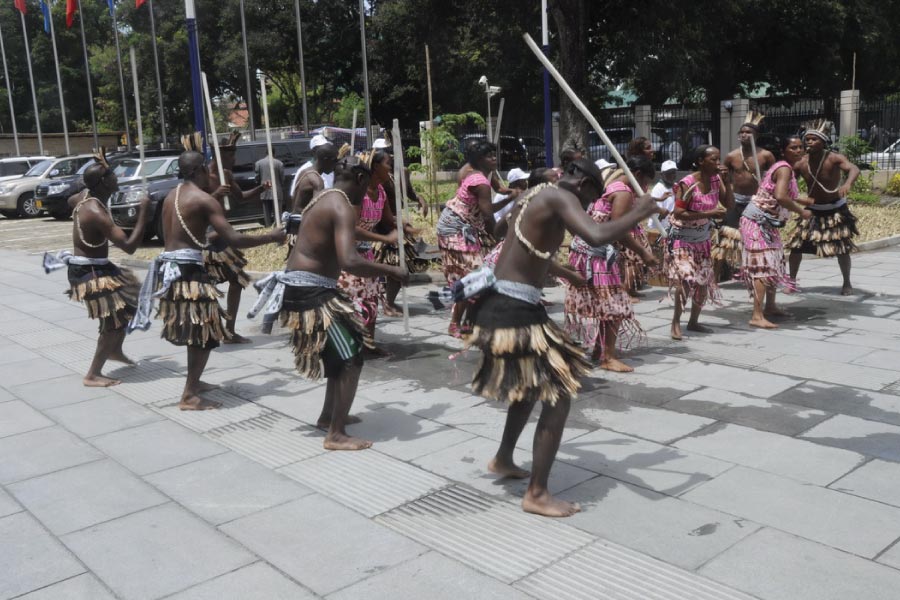 Dar es Salaam has heavy traffic during the daytime, but after sunset the area is relatively quiet as much of the city’s nightlife is located in more residential districts away from the city’s mainly commercial centre.

The sprawling suburbs furthest from the city centre are generally populated by Tanzanians of African descent, with the exception of Oyster Bay, where there is a large population of foreign expatriates. The edges of Dar es Salaam are spreading rapidly, severely taxing the transportation network (which aside from ferries, lacks any kind of mass transit facilities) and raising the prospect of future urban overcrowding.

Due in part to the growth of the expatriate community and the increasing importance of tourism, the number of international restaurants has risen rapidly. The city offers a diversity of cuisine, ranging from traditional Tanzanian Barbecue-style options, such as Nyama Choma (Roasted meat—served with rice or ugali) and Mishkaki (Shish kebab—usually barbecued and served with salt, hot chili peppers, chapati, fries, and rice on the side), as well as the long-established traditional Indian and Zanzibari cuisine, to options from all corners of the globe, including Arab, Chinese, Thai, Turkish, Italian, and Japanese food. People who prefer neither fast food nor traditional restaurants buy their food from street vendors, who usually sell food at low prices. Samosas (sambusas) are common street food items within the city, as the area is largely influenced by the foods brought from India.

The music scene in Dar es Salaam is divided between several styles. The longest standing style is live dance music (muziki wa dansi) bands such as DDC Mlimani Park Orchestra and Malaika Musical Band as examples. Taarab which was traditionally strong in Zanzibar has also found a niche. However, it remains small compared both to dance music and “Bongo Flava”, a broad category that represents the Tanzanian take on Hip Hop and R&B, which has quickly become the most popular locally produced music. Traditional music, which locally is used to refer to tribal music is still performed but typically only on family oriented occasions such as weddings. Recently there has been development of another music niche, a taste that is rising and to be prominent as BongoFlava known as Singeli with star singers such as Msaga Sumu and Man Fongo. This rap scene is also present. 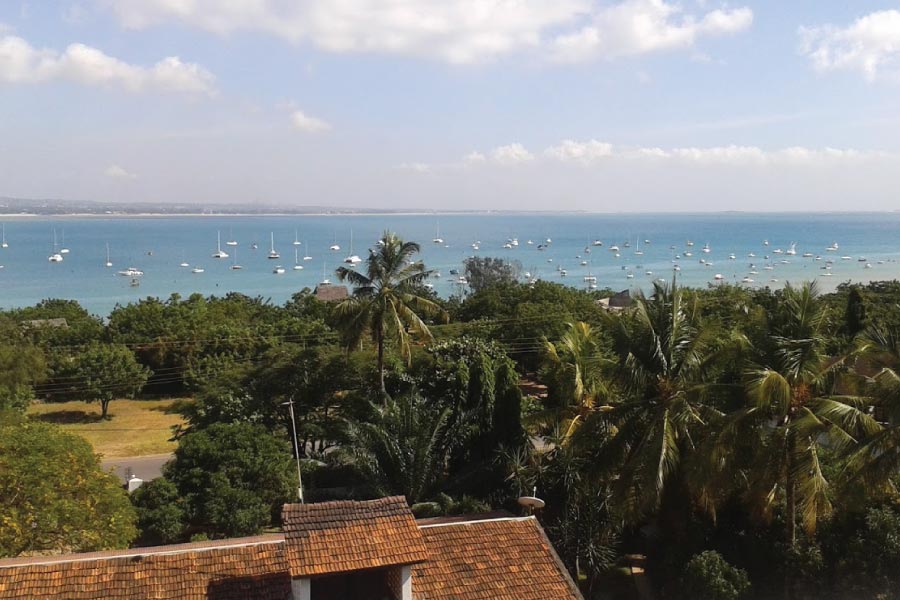 Dar es Salaam has two of the five museums comprising the National Museum of Tanzania consortium, namely the National Museum proper and the Village Museum. The National Museum is dedicated to the history of Tanzania; most notably, it exhibits some of the bones of Paranthropus boisei that were among the findings of Louis Leakey at Olduvai. The Village Museum, located in the outskirts of the city on the road to Bagamoyo, showcases traditional huts from 16 different Tanzanian ethnic groups. There are also examples of traditional cultivations, and traditional music and dance shows are held daily. In 2016, there was a breakthrough discovery in Northern Tanzania by a scientist, from the University of Dar es Salaam, of footprints thought to be of a hominid that predates Homo sapiens.

Close to the National Museum are also the botanical gardens, with tropical plants and trees.

There are beaches on the Msasani peninsula north of Dar es Salaam and in Kigamboni to the south. Trips to the nearby islands of the Dar es Salaam Marine Reserve are a popular daytrip from the city and a spot for snorkeling, swimming and sunbathing. Bongoyo Island can be reached by boat from the Msasani Slipway. 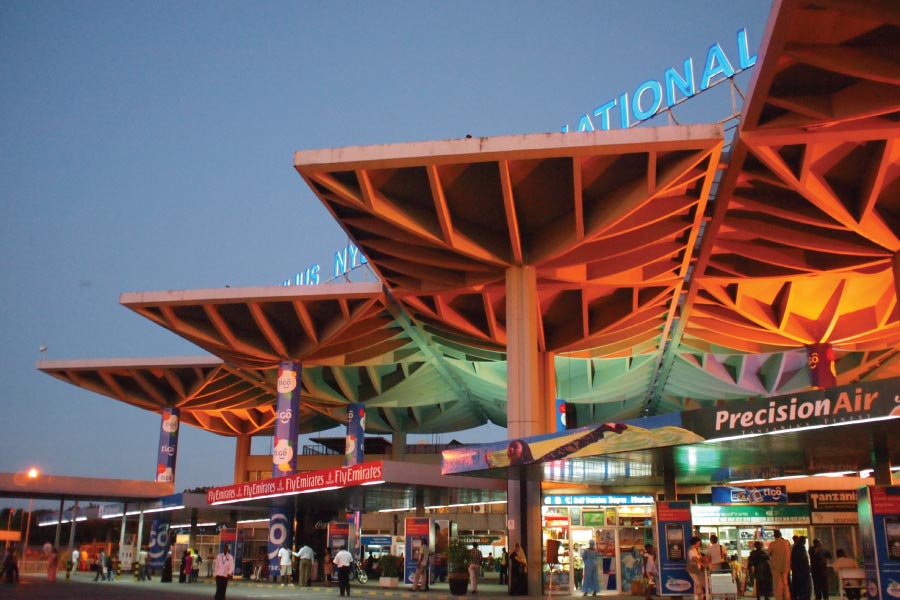 Dar es Salaam (and specifically the area of Oyster Bay) is home to the Tingatinga painting style. The Tingatinga art is a form of oil painting that utilizes bright colors and hues found in nature which can be done in person. As a tourist, any thing or animal that you may have interest in, for example the Twiga (or Zebra) can be painted on a compressed-wood like canvas and can be used as a souvenir. Your name can also be customized on the wood as a wall hanging. The Nyumba ya sanaa (“House of Art”) is a cultural centre, workshop and shop dedicated to Tanzanian art, showcasing and promoting Tanzanian craftmanship. Prominent Tanzanian sculptor George Lilanga has donated some of his works to the centre, including decorations of the building’s main entrance.

Installation of a trans-Indian Ocean backbone cable in 2009 has, in theory, made Internet access much more readily available in Dar in particular and in East Africa in general. However, roll-out to end-users is slow, partly because of spotty telephone line coverage, partly due to the substantial prices and long contracts demanded for purchase of bandwidth for small ISPs. Mobile-telephone access to the Internet via 3G and 3.75G is still relatively expensive. 4G is making its way through major cities and towns as of 2015 with plans to go countrywide in the advanced planning stages.

Internet cafés are found in the city centre and free wifi hotspots in various government and non governmant institutions as well as public transport.