The Masai Mara, the most famous of Kenya’s reserves, has been called “the most magnificent wildlife theater in the world.”  Masai Mara (Masai Mara) is known as Africa’s Greatest Wildlife Reserve, situated in southwest Kenya.

The park is famous for the abundance of lion, the Great Wildebeest Migration and the Masai people, well known for their distinctive custom and dress, it is without a doubt Africa’s most famous Safari destination. 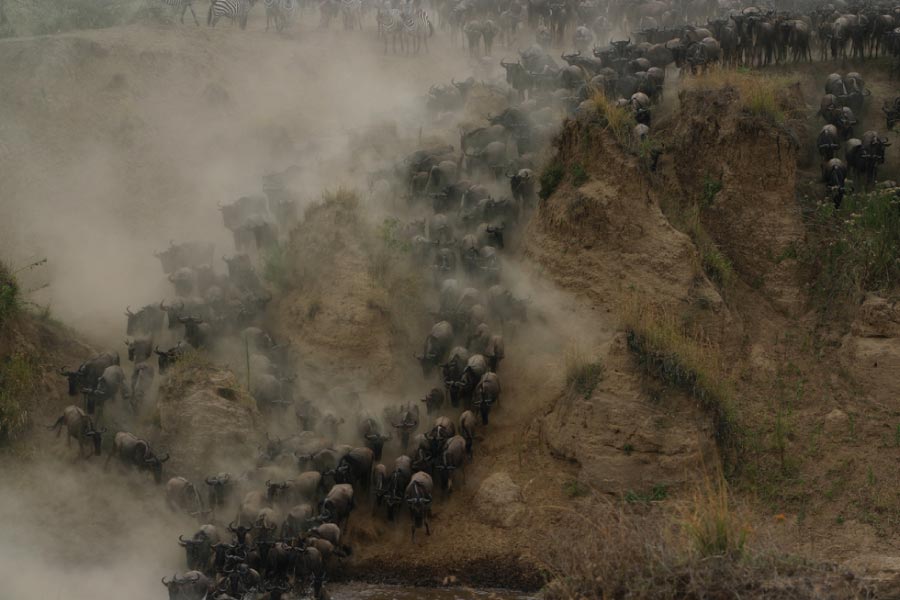 The park adjoins Tanzania’s Serengeti, and Animals are free to roam between the two countries.  Like the Serengeti, the Masai Mara is a region comprised mostly of acacia-studded grasslands interspersed by woodland.  The Mara and Talek Rivers are the lifeblood of the park.

The Masai Mara is particularly famous for its annual migration, often considered one of the natural wonders of the world, when almost 1 and a half million wildebeest, Zebra and Gazelle migrate northwards around July of each year, in search of fresh pasture.  Predators, including lion and cheetah, follow in hot pursuit.

In October, the animals return. Whether you visit the Masai Mara in time to witness the Great Migration or not, you will most certainly see a massive variety of wildlife, including the ‘big five’ and around 450 recorded bird species. 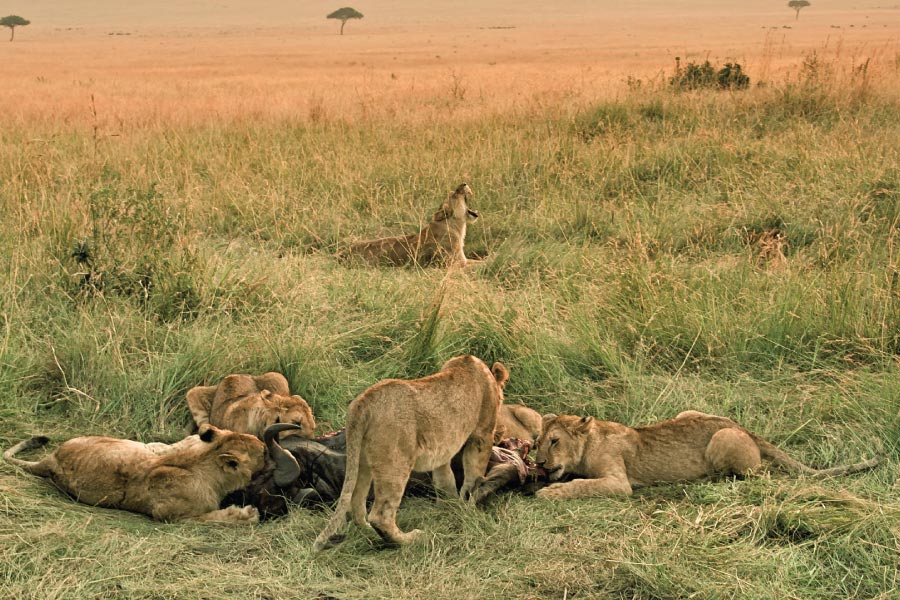 Game drives, walking safaris and fly-camping are offered by most camps and lodges.

You will likely get the chance to visit local Masai villages or witness Masai performances.
The Mara combines well with a trip to the Rift Valley Lakes and/or Samburu National Park.
A few days relaxation on Lamu, Mombassa or Zanzibar makes a wonderful finale to the safari.

An area of gently rolling hills, watered by the Mara and Talek rivers, the Mara opens onto the wild Serengeti plains. Situated in southwest Kenya, the Masai Mara is one of Africa’s greatest wildlife reserves, offering an abundance of the big cats, the Great Migration, and the Masai people with their distinctive custom and dress.  Around July each year, over two million wildebeest, zebra and Thomson’s gazelle begin to migrate north from the Serengeti plains in search of fresh pasture, and return to the south around October. Many hungry predators, most notably lions and hyena, follow the Great Migration, which is one of the most impressive natural events in the world. Masai Mara is home to the Big Five, along with hippo, crocodiles, cheetahs, jackals, bat-eared foxes, numerous antelope and the distinctive Masai giraffe.  The tours on our site are but a few selected by our knowledgeable agents to showcase the potentials available for your African safari. Contact us to start planning the custom made dream vacation tailored just for you.