Amboseli is a land of giants. This is a place of wide dry plains, where the horizons stretch into the furthest distance and become one with the sky. It’s renowned for its elephant populations and large herds, including some impressively tusked bulls are drawn to a series of large, lush swamplands. But the most impressive giant of all is Mt Kilimanjaro.

Africa’s largest mountain lies just over the border in Tanzania, but the most impressive views of its snow-capped peak are to be found in Amboseli. The early light of dawn turns the mountain a dark hue of purple, and its snows into an ethereal pink. The sight of Kilimanjaro high above herds of elephant crossing the plains of Amboseli is a timeless African image. 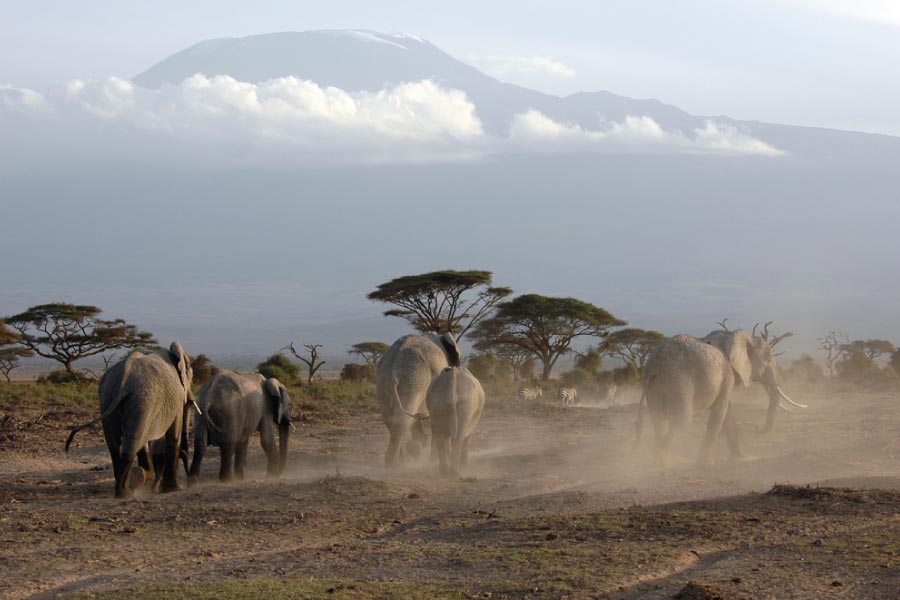 This area is home to many Maasai communities, centered around the Amboseli National Park. The park is 400 sq. kms, with its southern boundary along the Tanzanian border. The park is home to more than just Elephants, and herds of wildebeest, Zebra and Impala graze on the open plains. There are areas of acacia forest that make for good birding, and are home to many small mammals. Cheetahs are also often sighted here.

The park is centered around a large hill, with fantastic views of the surrounding plains, often crossed by whirlwinds that send winding columns of dust into the sky. This open country is good walking territory, and many camps and lodges organize game walks, or trips to spend time in local Maasai villages.

Amboseli is renowned for its large herds of free-ranging African Elephants. There are over 900 Elephants in Amboseli, as well as huge herds of wildebeests and many other animals including Giraffes, African Lions, Monkeys, Zebras, Hyenas and Antelope. 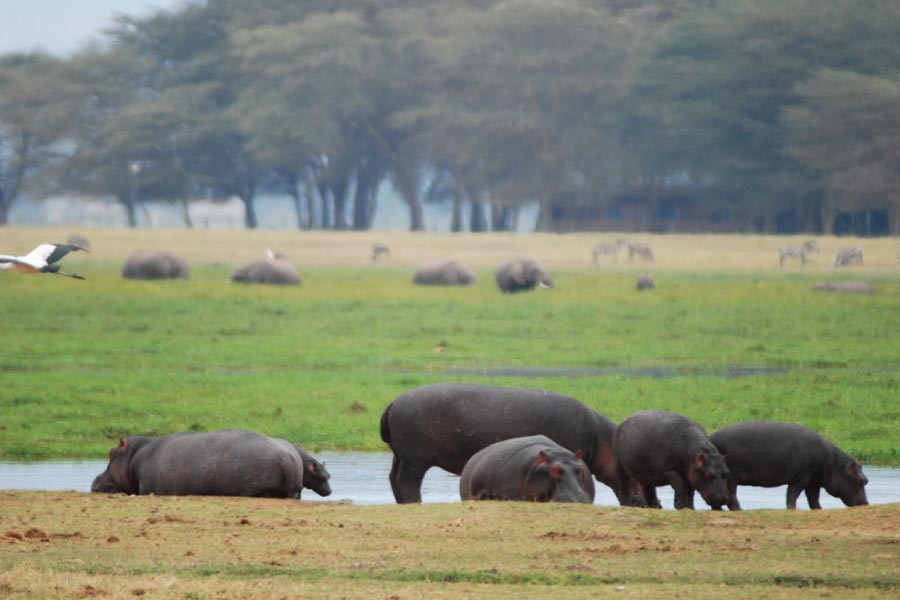 Getting there – Coming from Nairobi, the park can be reached by road, a 240 Km drive.

From costs, a Safari to Amboselis is mostly combined with Tsavo East or Tsavo West National Park. The Park offers some of the best opportunities to see wildlife because its vegetation is sparse due to the long dry months.

The Park is home to wild animals, which include the Buffalo, Impala, Lion, Cheetah, Hyena, Giraffes, Zebra, and Wildebeest among other African animals. It also a host of Kenya birds, both large and small, to see if you keep your eyes open and stop at every sighting.

Visitors can visit a traditional Maasai Village, the world famous tribe by whom the Park is presently controlled.

After the rains Amboseli has a dry Pleistocene lake basin that houses a temporary lake, Lake Amboseli. With its awesome view of Mount Kilimanjaro (Africa’s highest mountain at 5,895m), the park offers a unique and breathtaking backdrop for viewing Africa’s animals.