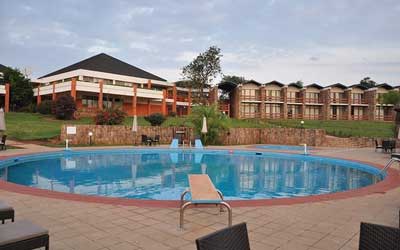 Tourism is relatively new in Rwanda however; a good number of hotels in Rwanda have grown enormously in recent years. No matter wherever you travel you’ll seldom have a problem finding suitable accommodation irrespective of your budget.

Most of the towns, villages, and national parks offer a wide range of moderately priced and budget hotels in Rwanda. Luxury Rwanda Accommodation is however mostly available in the major towns and in national parks as they receive major travelers.

In Swahili, the word hoteli means restaurants and the hotels are generally called as lodges which many time create confusion within the tourists.

Most of the Rwanda hotels offer huge rooms than the other standard rooms in different countries, so it’s advisable to check the room before checking in as the single rooms are mostly large enough for 2 people and you may not need a double room.

If you are not looking to stay in bricked wall rooms, you can try out the luxury and budget-friendly tents that are providing accommodation mostly inside or around the national parks.