With its cobwebbed portals and crumbling German-era colonial buildings, central Bagamoyo, or Mji Mkongwe (Stone Town) as it’s known locally, is well worth exploration. The most interesting area is along Ocean Rd. Here you’ll find the old German boma, built in 1897, and Liku House, which served as the German administrative headquarters.

The town of Bagamoyo was one of the most important trading ports on the East African coast and the penultimate stop of slave and ivory caravans travelling on foot from Lake Tanganyika on their way to Zanzibar. Missionaries active in abolishing the slave trade made Bagamoyo, whose name means ‘bury my heart’ in Kiswahili, a centre for their activities.

Bagamoyo is a quiet village with a few German colonial buildings still standing. In the past, the town of Bagamoyo was one of the most important trading ports on the entire East African coast. Its port was the penultimate stop of slave and ivory caravans that travelled on foot all the way from Lake Tanganyika. Once the caravans reached Bagamoyo, the slaves and ivory were shipped by dhow to Zanzibar, where they were then dispatched all over the world. These days, Bagamoyo is a centre of dhow building in the region and along the Tanzanian coast. 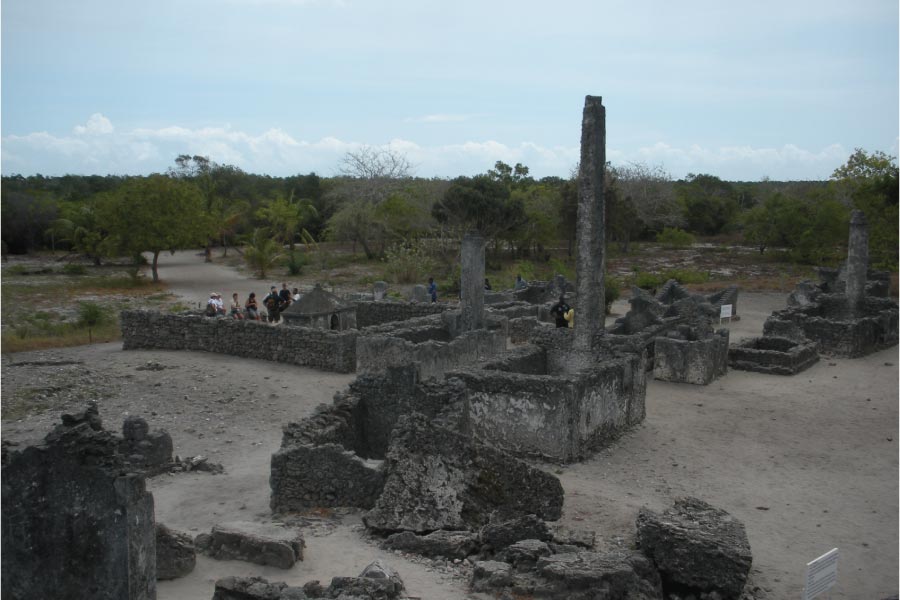 There is also a school, which dates to the late 19th century and was the first multiracial school in what is now Tanzania. On the beach is the German Customs House (1895); Bagamoyo’s port, where you can watch boat builders at work; and a busy fish market (on the site of the old slave market), with lively auctions most afternoons. Northwest of here are several small streets lined with carved doors similar to those found elsewhere along the coast. Further south is the mid-19th-century Old Fort.

The ridiculously steep fee levied to walk around the old town (required if you want to take photos or enter any of the buildings) is payable at the Antiquities branch office at the Old Fort, where you can also get a guide.