Lake Turkana National Parks: The most saline of Africa’s large lakes, Turkana is an outstanding laboratory for the study of plant and animal communities. The three National Parks serve as a stopover for migrant waterfowl and are major breeding grounds for the Nile crocodile, hippopotamus and a variety of venomous snakes. The Koobi Fora deposits, rich in mammalian, molluscan and other fossil remains, have contributed more to the understanding of paleo-environments than any other site on the continent. 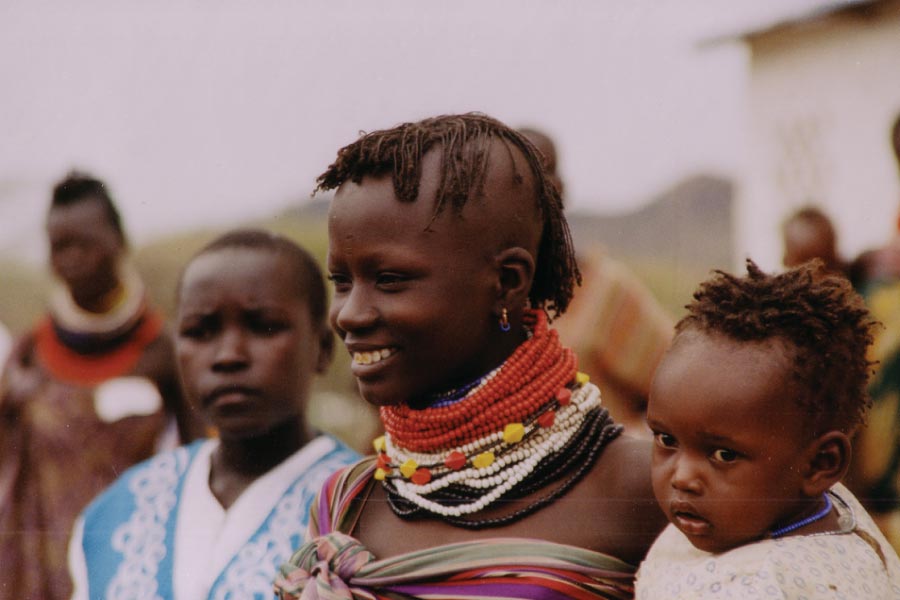 The town is home to an airstrip and lies near Mount Kulal (50 km), known for its forest and stones. The only Lodge in the area is “Oasis Lodge” which is located only a few hundred meters from the airstrip. The town is sometimes spelled as Loyangalani. Loiyangalani was the setting for John le Carré’s novel, the Constant Garderner, and was also a location for the film of the same title.

One of the biggest villages on the eastern lake shore, Loyangalani is a collection of huts, with thatched grass and galvanized-iron roofs.

There is a life-giving spring here but the surrounds are flat stony plains scattered with the bleached bones of livestock carcasses.  Turkana is home to the dwindling numbers of El Molo people, a group of hardy fishermen.

Believed to be of Cushitic origin from the northeast, this is Kenya’s smallest ethnic group (according to ethnologists the ‘pure’ El Molo only number about 40-50, whereas others have traces of Samburu or Turkana ancestery). They are believed to have lived to the north of Lake Turkana, but were driven south by other warring tribesmen, seriously depleting their numbers in the process. They took refuge from their enemies by living on the small offshore islands. However, some of the small communities now live along the shoreline. An El Molo village overlooks the bay, perched above it on a hillside.

The water level of Lake Turkana is declining at a rate of 30 cm per annum, in a region where the annual rainfall is estimated to be only 50-60 mm.

The lake is estimated to be 150 m lower than in the last century. This dramatic change in the lake’s water level is attributed in part to the increased volume of water withdrawn for irrigation purposes from the River Omo by the Ethiopians.

The barren lava beds at the southern end of Lake Turkana peter out into the waters of the lake itself. The high salinity and soda mean nothing much grows around the shores. 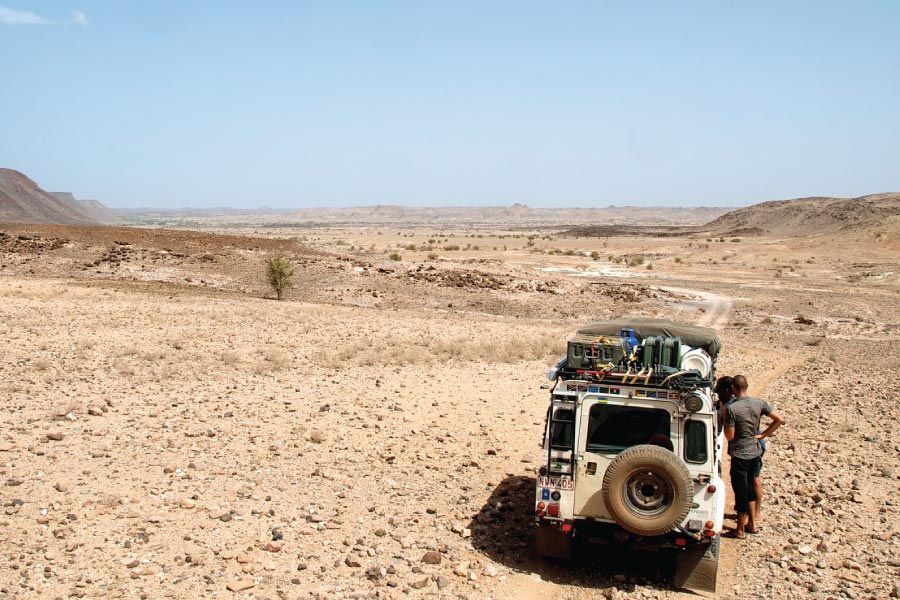 Northern Kenya is not densely populated, untamed and often barren. Visiting these parts is like leaving the 21st century; it is an explorer’s heaven, and the variety of tribes that live here are some of the most captivating people in the world. They include the Samburu, Turkana, Rendille, Boran, Gabbra and El – Molo. This is a rugged 1,800-km expedition  run in land cruiser or expedition trucks. You will traverse along some of Africa’s worst roads; see beautiful mountain forest surrounded o­n all sides by hot dusty deserts, eventually arriving at our camp o­n the shores of the Jade Sea (Lake Turkana).